The ACTEC Foundation Mourns the Death of Past President L. Henry Gissel, Jr. 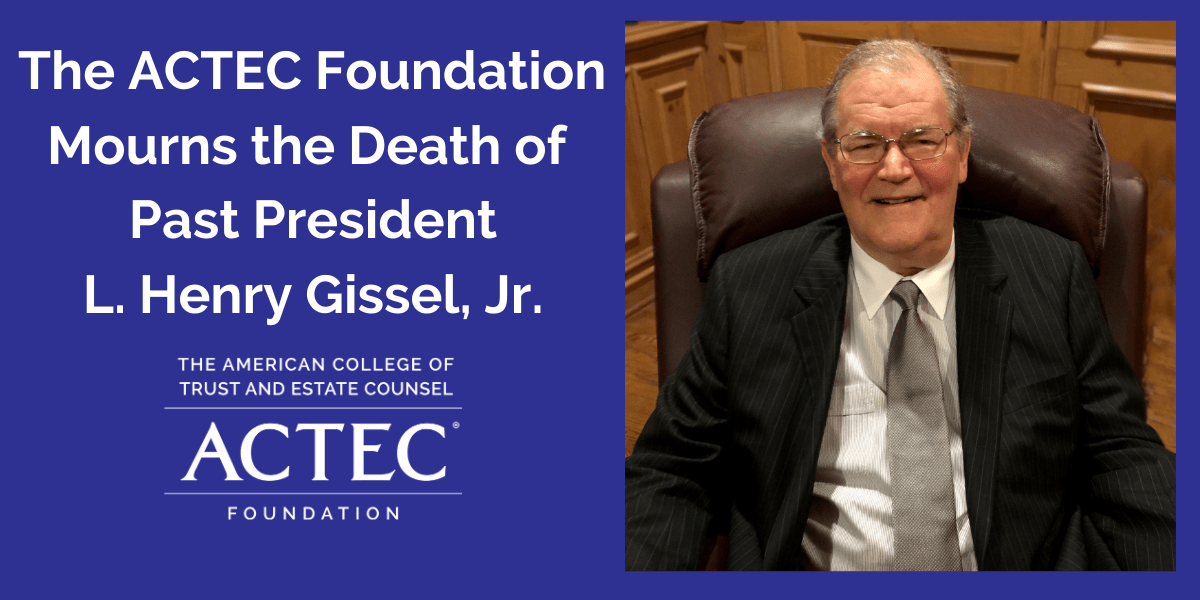 While at the helm of The ACTEC Foundation, Henry initiated many projects:

Godspeed, Henry, and thank you for making The ACTEC Foundation the trust and estate champion it is today.

Please consider honoring Henry’s achievements and continuing his efforts with an in memoriam donation to The ACTEC Foundation.

Read more about Henry’s life in his impressive obituary.