Lloyd Leva Plaine was an accomplished Washington, D.C. estate planning attorney who, sadly, died too young, at the age of only 62 years, on February 2, 2010. Her many friends and colleagues formed the Lloyd Leva Plaine Memorial Fund at The ACTEC Foundation to establish a Lecture Series in her honor. The lectures are intended to recognize and celebrate Lloyd’s commitment to her profession and to perpetuate the spirit, interests, standards and contributions reflected in her career. The ACTEC Foundation supports a lecture series with the Heckerling Institute on Estate Planning in her memory. 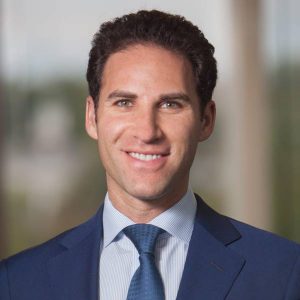 Michael Greenwald, formerly with the U.S. Treasury Department, delivered the Lloyd Leva Plaine Distinguished Lecture on January 14, 2020, during the 54th Annual Heckerling Institute on Estate Planning conference. The ACTEC Foundation sponsored the lecture, the sixth in the series. Mr. Greenwald’s speech, The Future of Financial Warfare in an Era of Great Power Competition (PDF), focused on the new tools and tactics facing American financial systems and discussed how the U.S. must address these geoeconomic threats to economic and national security.​