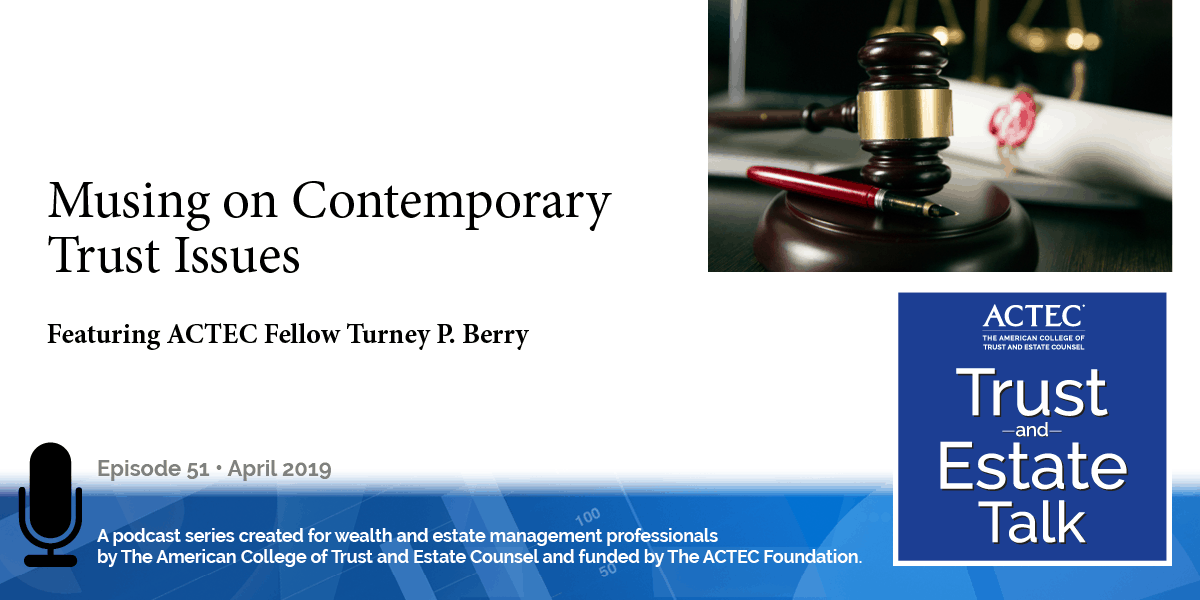 Let me start with the Uniform Power of Appointment Act. It’s important to realize that in uniform law land that we distinguish between a non-fiduciary power over a trust- which is power of appointment- and a fiduciary power in a trust- which is something held by a trustee or someone who is directing a trustee. For example, the Uniform Directed Trust Act is primarily dealing with trust directors, that’s the term we use in that act as opposed to trust protectors or trust advisors. And those are presumed to be fiduciaries; power of appointment holders are presumed not to be fiduciaries. So, in the Uniform Power of Appointment Act largely what we’re doing is codifying traditional power of appointment law, there are a couple of changes that are made that I will mention. The reason that we were excited about that act is because very few states have much law on powers of appointment yet they’re in almost every document. We all know what they do, what they should to, how they should work, but actually if you go in your state to figure out where the law is you may or may not be unable to find it.

The academic community has a hard time defending that. Why should creditors have to wait if in fact they could be paid by a trust beneficiary? Shouldn’t a creditor of a power holder, somebody who has a power of appointment, compel the exercise of that power? When we worked on the Uniform Act, our conclusion was that if a power holder could pay a creditor then the creditor should be able to reach those assets. And we didn’t really worry about that because general powers of appointment at that point were fairly rare. They were in large trusts for generation-skipping tax purposes, that sort of thing. Since that time, however, we have seen a general powers of appointment sprinkled all over the world for income tax basis purposes. We now see powers of appointment, general powers of appointment, added to all sorts of trusts, and these creditor issues have become uppermost in our minds. In that sense, the Uniform Act does not comport with the expectations perhaps, at least of most practitioners, and we started to see states modify those provisions. Happily, it is a very easy modification to do, but it is a very important change, it’s a trap for the unwary.

These Uniform Acts are very helpful and very important. They’re never perfect, we always discover issues that should be worked on. Thank you.