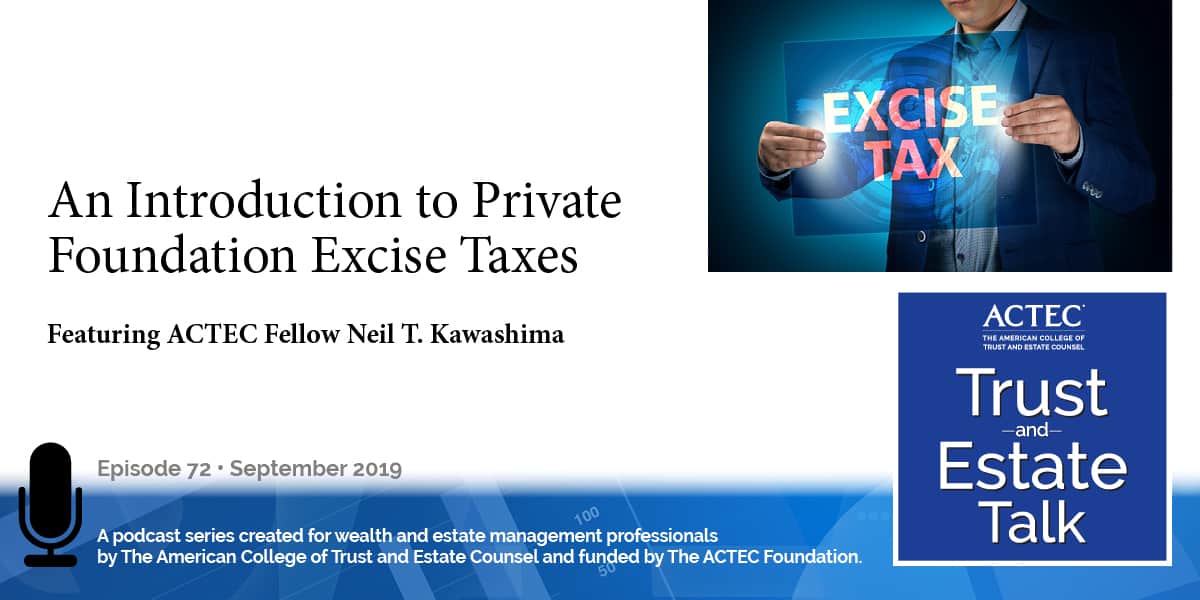 This is Susan Snyder, ACTEC Fellow from Chicago. Private foundations are an effective vehicle for individuals and families to make charitable gifts, but they are subject to a strict regulatory regime. To educate us on those restrictions, you will be hearing today from ACTEC Fellow, Neil Kawashima from Chicago.

My name is Neil Kawashima and I am going to provide a brief overview of the Private Foundation Excise Tax regime. This is not intended to be a comprehensive discussion, but merely a tool that you can use to identify issues that may arise with respect to private foundations. There are six excise taxes applicable to private foundations.

These rules are intended to be broad and sweeping. They are intended to be prohibitive and not based on the impact of the transaction, good or bad, on the foundation. So, for example, if a disqualified person wants to buy an asset from a private foundation for twice the fair market value, which obviously would be a very good deal for the foundation, the transaction would be prohibited. Failure to comply with this rule will result in not only an excise tax imposed on the self-dealer, meaning the disqualified person, at 10 percent of the amount involved, but also an excise tax will be imposed on the foundation managers who approve the self-dealing equal to 5 percent of the amount involved, though this will be capped at $20,000.

Thanks, Neil, for educating us on those very complex private foundation rules. 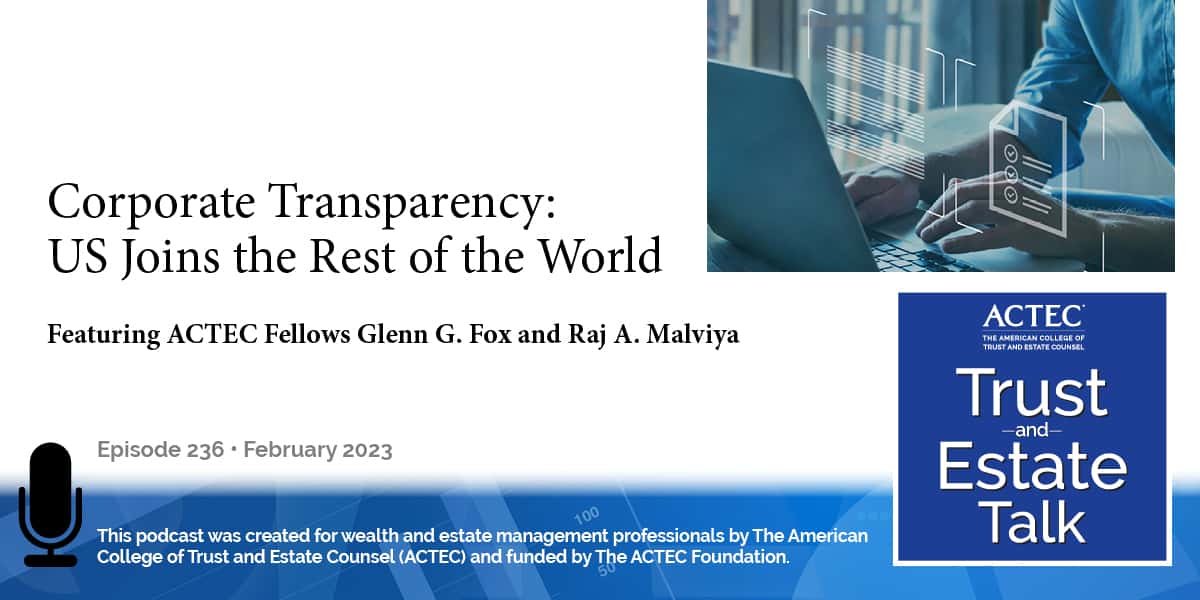