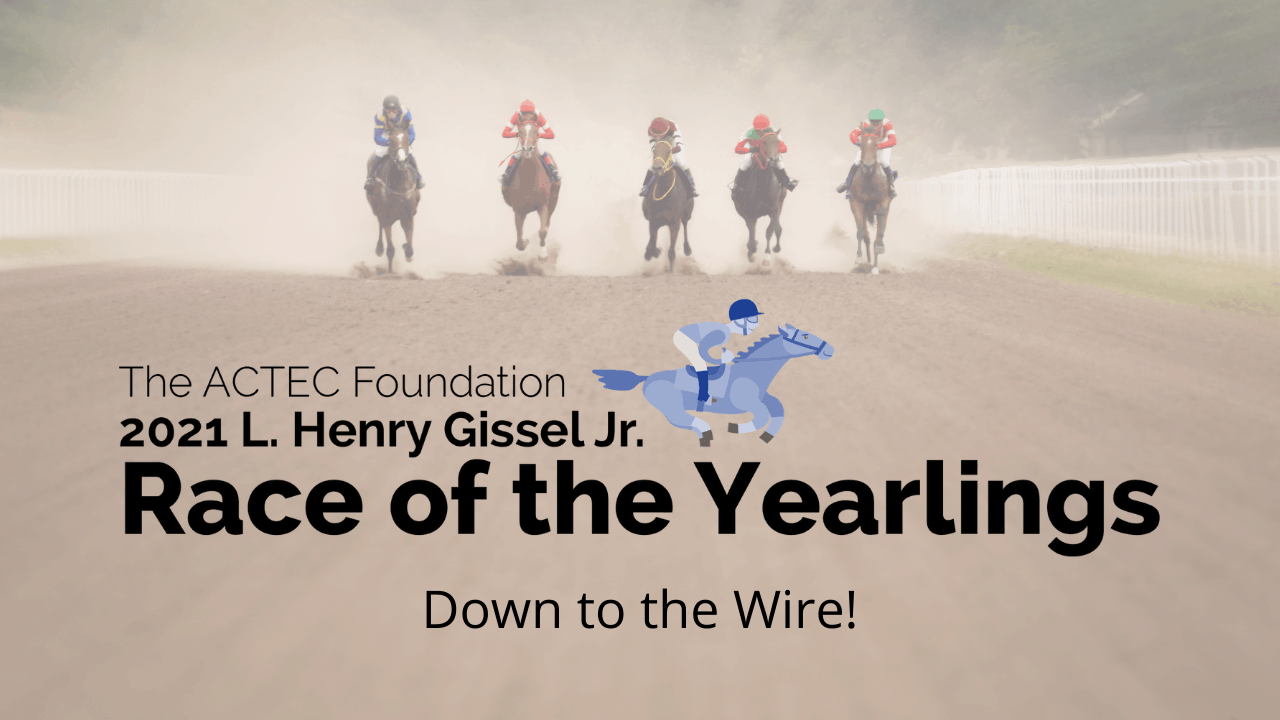 Benetta Park on BeastNoRest and Lora Davis on The Patriot Gissel have traded the lead throughout this competitive race. Charlie Nash on Buddy B. Inclusive rallied the Florida Fellows to come from the middle of the pack and pulled ahead last week. Now the yearlings are in an impressive race that looks like it could be a photo finish! Lora Davis on The Patriot Gissel shows a last-minute push and has currently taken the lead from Charlie Nash on Buddy B. Inclusive. They are nose to nose.

Following The Patriot Gissel and Buddy B. Inclusive is Benetta Park on BeastNoRest, Alan Rothschild on Peach State Pony and Bruce Ross on ACTECrox.

And, race fans, as the horses cross the finish line history is made! Lora Davis on The Patriot Gissel crosses the wire and the great state of Texas celebrates its second annual First Place prize!

The final results of the ATCEC Foundation Spring 2021 Derby, the L. Henry Gissel Jr. Race of the Yearlings are:

Congratulations to Lora, and thank you to everyone who supported The ACTEC Foundation and especially the jockeys and yearlings!