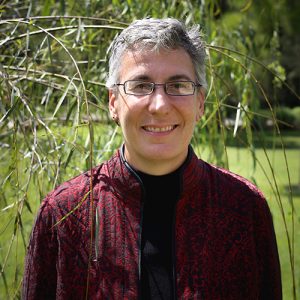 In 2017, Danaya Wright, (Clarence J. Teselle endowed professor of law, University of Florida, Levin College of Law) received a $15,000 grant from The ACTEC Foundation for an empirical study regarding the nature of testamentary disposition of assets by persons in nontraditional families.

That study led Wright to undertake an empirical analysis of the actual testamentary dispositions of nearly five hundred decedents, from which she was able to determine that roughly ten percent were in blended families of some sort. She concluded that the laws of intestacy in most states do not adequately address the probable intentions of decedents in non-nuclear families. Specifics of those findings appeared in the ACTEC Law Journal in the winter of 2017.

Though Wright’s preliminary analysis found significant differences between how traditional and non-traditional decedents leave their property, and that the law of intestacy likely works against the intentions of non-traditional decedents, limitations in the size of her initial study resulted in a small percentage of estates from which to draw meaningful conclusions. Receipt of The ACTEC Foundation grant allowed her to undertake a much broader study, by examining the estates of upwards of three thousand decedents. With the data acquired through expanded research, which provided a much larger sample of wills of people in non-traditional family situations, Wright anticipates she’ll have the ability to make recommendations to the Uniform Law Commission regarding possible reforms to probate codes in order to better reflect the expectations and wishes of decedents with non-traditional family relationships.

The ACTEC Foundation grant has also allowed Wright to undertake a more granular study of how intestacy law may lead to greater wealth dissipation for vulnerable decedents with regard to their single largest asset: their family home.

Wright’s overarching goal in this phase of the project is to identify populations most at risk of dying intestate, thus having their hard-earned wealth lost as it passes to the next generation. She hopes this knowledge will provide estate planners and policymakers with a better way to identify where and how wealth is lost to better provide for this vulnerable population via improved probate procedures and laws. Wright presented details of this research at the UC Davis Symposium, sponsored by The ACTEC Foundation, and in an article to be published in the UC Davis Law Review this spring. She also presented results of the study in January, at the AALS conference in Washington, DC.

Wright hopes her research will spur legislative reforms in two major areas. The first is to prompt a change in probate preferences for the sake of children who grow up in nontraditional homes to prevent them from starting further behind the children of wealthy, traditionally raised children whose inheritances are protected by law. “To the extent probate laws of states make it more difficult for vulnerable children to inherit, they exacerbate wealth gaps that are growing between racial groups, men and women, married and unmarried couples,” says Wright. “If we are able to close some of the holes where wealth is likely to be lost for vulnerable populations, we can help start the next generation on a more level footing.”

The second area of reform is more policy related. By identifying specifically how and where wealth is lost, and for whom, she believes solutions can be developed to help avoid that loss. She recommends that foreclosures be held in abeyance for a period of time after a decedent homeowner dies and suggests that probate courts appoint real property protectors to help preserve real property wealth for intestate decedents. She proposes that beneficiary deed statutes be passed to permit the transfer of real property at death outside of probate through a relatively inexpensive procedure. Wright says that the adoption of such fixes by probate courts or legislatures would help preserve wealth for vulnerable populations, to match the many ways in which probate and tax laws already help preserve wealth for the wealthy.

ACTEC Foundation’s support of professional development and education in trust and estate law through its grants continues to assist lawyers in their practice, law students and scholars with an interest in the trust and estate field so they may provide better service to the public. Further information about ACTEC Foundation grants can be found here.